Mette Lindberg from the band The Asteroids Galaxy Tour. They came up due to a feature in an Heineken Pilsner Commercial.They used the song the Golden Age from their 2009 album called Fruit. The band is from Copenhagen, Denmark. Here the lead singer is wearing a ruffle dress that is reminiscent of the early 1980s frilly girly look. Mette has paired her dress with a glittery and sparkling jersey like cardigan.

I discovered this photo in an American Vogue magazine from March 1982. I coordinates with the above photo. The dress in the middle look especially like the one Mette lindberg is wearing. These lovely dresses are from Kenzo Takada, a Japanese fashion Designer, who got his start in 1970 but retired in 1999. he returned in 2005. 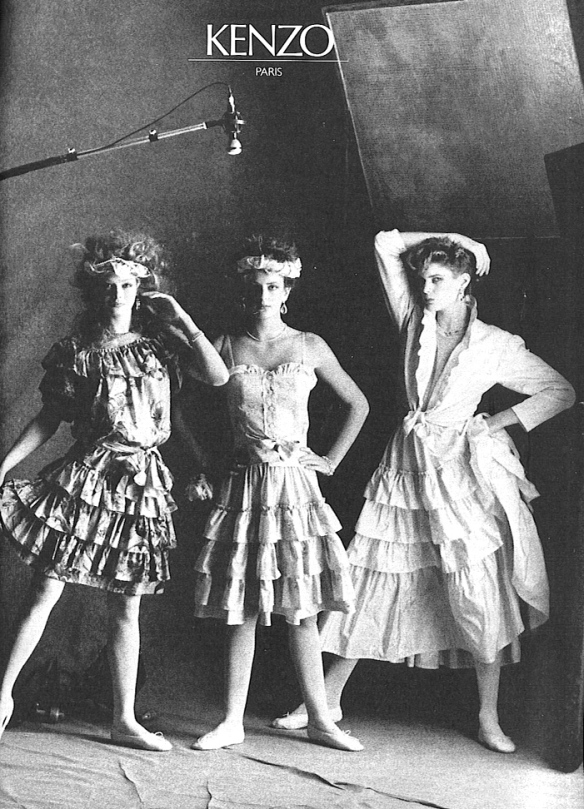 This lovely confection of a dress is found in an Etsy store called zwzzy. It is pink perfection!! It is a combination of trendy vintage style and country chic.

I hope you have enjoyed this blog…Till Next Time!!!