I could not find very much information on Stephen Keyes, so I tried Sandra Leichman. There wasn’t very much information on the internet about this American fashion illustrator either. Although both artists had features in Vogue magazine presented in different advertisements, there isn’t very much biographical info out there. Sandra Leichman was a staff artist for Fairchild, which also included artists like Antonio Lopez and Steven Meisel among others. There is a book called WWD Illustrated in which Sandra Leichman is featured. As well, a curator named Charles Kleibacker did an exhibition of these works for an Ohio institution back in 2008. The purpose of such an exhibition, featured some 50 garments and more than 100 illustrations, allowed it to expand on the idea of the interplay between garments and their illustrations.

Here are a few examples of Sandra Leichman’s Work as seen in Vogue: 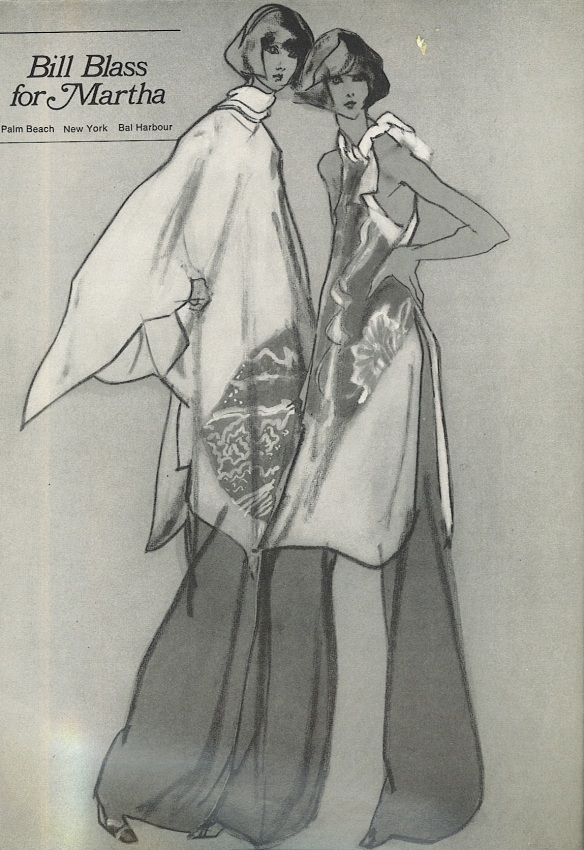 If anyone has information regarding this Fashion Illustrator, I would greatly appreciate it and I will add it to the blog post. Thank you!

I hope you enjoyed this post…Till Next Time!

This Creamy Milk White Ruffle blouse is a great addition to your wardrobe. It is very pretty and feels cool to the touch. It has jacquard Vertical Stripes and lovely ruffles that will frame your neck and face. It is 100% Polyester. Made in Canada. And is by Ship ‘n’ Shore. This company advertised in Vogue magazine throughout the 70s and 80s. Their clothing were the alternative to the more expensive fashions being advertised in that time. This blouse is in great shape. Click on photo to go to shop!!!!!!!!!!1 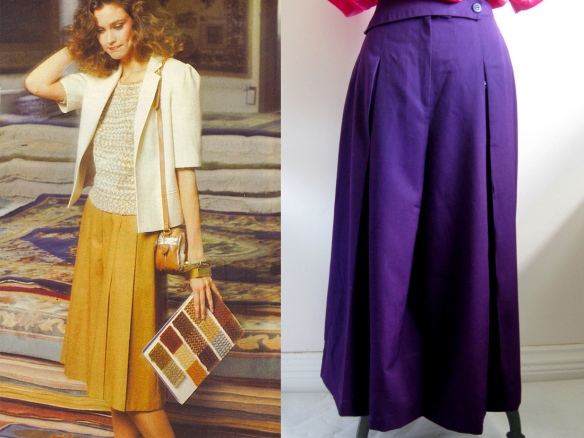 Mister Leonard is a great Canadian women’s fashion Company. It was founded in 1965, by Leonard Wasser and Sam Gertner, growing out of their previous company Pantman. These fantastic culottes are a superb color of Amethyst Purple. They are made of a durable wool fabric designed with great details. Features include buttons inside the pleat on the front left leg and a wrap over closure at waist with a zipper and button fly. There are no pockets so these gems sit straight on the hips. Click on photo to go to shop!!!

I hope you enjoyed this blog…Till Next Time!!!!!! Lulu

Lily Allen is an English recording artist, actress and fashion designer. In her teenage years, her musical tastes evolved from glam rock to alternative and later to electropop. Allen abandoned school and concentrated on improving her performing and compositional skills. Afterwards, she created several demo songs and, near the end of 2005, she created a profile on MySpace where she made some of her recordings public.

Her popularity on MySpace led to a recording contract and further release of albums and her rise on the charts, with songs like Smile.

She likes to mix genres in her music and her tastes in clothing are about the same. I found an image of Lily Allen in a 1970s Style Summer Dress with chevron stripes in a rainbow of colors.

Lily has chosen to wear her dress with gold necklaces, rings and bracelets. because this is a fun style and great summer, you can dress this up with big bauble necklaces, and layers of of bangles in bold, fun colors. Pair this dress with a great set of colorful wedges.

Here is a similar dress style from an Etsy Vendor called The Thrifty Kitten: 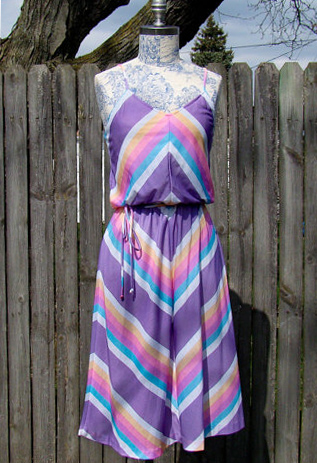 I hope you enjoyed this post…Till Next Time!!!

Claude Montana was the king of the big shoulders in the 1980s. His silhouettes were fantastic and futuristic. He made them for women whom exuded the aura of strength and power. They were not in the least romantic and frilly. He brought the waist in tight using darts or belts to create the inverted triangle shape. He added the large rounded shoulder to exaggerate the figure. Claude Montana was a French Fashion designer, whom won many awards for his clothing design. His house went bankrupt in 1997. He favored monochromatic color, worked in leather, and his silhouettes were clean and structured. 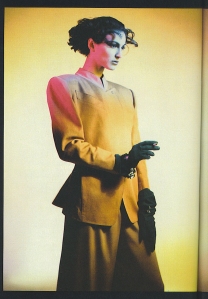 Claude Montana Advert in Vogue- model with a Cigarette

I did not gravitate towards this shape in my younger days. I had large shoulders already because I was a swimmer. I used to have to take the shoulder pads out of clothing to de-emphasize as I was also hour glass shaped. I loved the look created by designers like Claude Montana, Norma Kamali, Geoffrey Beene and Nolan Miller.

I think this was a Norma Kamali Sweater featured in Vogue 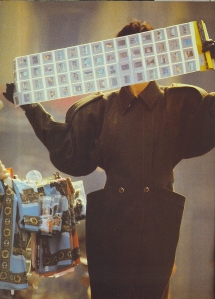 Kamali used knit fabrics in cotton and cashmere to hug the figure, than added shoulder pads into the garment. Beene used metallics and quilted them onto jackets and boleros to create this look. Miller was the designer to the stars for the TV show Dynasty. The actresses not only had big shoulders but also big hair. It was in the early nineties this changed so drastically to the long lean silhouette. But these marvelous designs from the 1980s were stand outs and defined that era of dressing, whether you liked the big shoulder or not. Here is a dress from the now defunct high end department store called Lipton’s, featured in my shop, Shuushuu by Lulu: 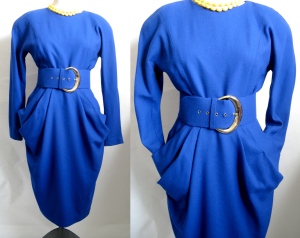 I hope you have enjoyed this blog…Till Next Time!!!!!

Shuushuu by Lulu has been open two years now!!!! I have listed, wrapped and shipped over 200 packages. I am finally having a great Summer sale. Shop till your fingers drop!!!

INEEDIT16: Get 25% OFF any items in the store from Thursday, July 12, 2012 Noon EST till Sunday, Aug 12, 2012 8pm EST. Not Included are already REDUCED, SALE OR FREE SHIPPING ITEMS (There are no free shipping items for International customers in my shop). Just use the coupon code INEEDIT16 in your check out procedure. I will also give free shipping on purchases over $150USD(before taxes, Ect. And only for Canada and Continental US customers). All other Coupon Codes will be suspended during this SALE!

If you are purchasing more than one item and the combined shipping fee is more than what’s invoiced I will contact you for payment!!!!

If you are having problems using the code on more than one item, let me know I can set up a Reserved Listing for you!!!! 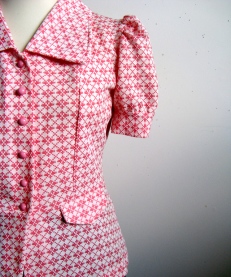 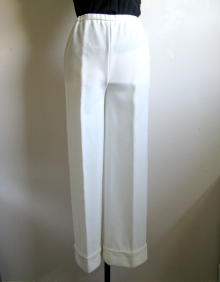 Mette Lindberg from the band The Asteroids Galaxy Tour. They came up due to a feature in an Heineken Pilsner Commercial.They used the song the Golden Age from their 2009 album called Fruit. The band is from Copenhagen, Denmark. Here the lead singer is wearing a ruffle dress that is reminiscent of the early 1980s frilly girly look. Mette has paired her dress with a glittery and sparkling jersey like cardigan. 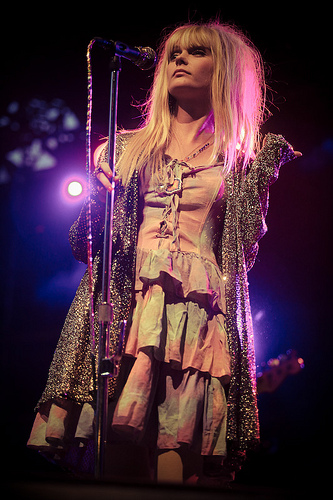 I discovered this photo in an American Vogue magazine from March 1982. I coordinates with the above photo. The dress in the middle look especially like the one Mette lindberg is wearing. These lovely dresses are from Kenzo Takada, a Japanese fashion Designer, who got his start in 1970 but retired in 1999. he returned in 2005.

This lovely confection of a dress is found in an Etsy store called zwzzy. It is pink perfection!! It is a combination of trendy vintage style and country chic.

I hope you have enjoyed this blog…Till Next Time!!!

These gorgeous pages of Illustrations were created by Antonio Lopez for Vogue November 1984. The article was written by Andre Leon Tally, Fashion editor at large for Vogue and seen on last years edition of America’s Next Top Model. This fun piece of work is a feature on Norma Kamali. She is described as Kooky and over the top. She names her clothing, probably best for archiving them. So if you bought a pair of Linen ankle strap wedge shoes, they are called Ra-Ra’s. Now that many designers are going video as a medium to distribute their collections, Norma Kamali was doing this in the early 80s.

She was tuned into Pop Culture and Antonio captured her collection very well amongst this six page spread. Her vibrant colors, her sporty transitions into swim wear, body wear, body suits, ect. She certainly didn’t take herself seriously. Antonio created the above picture on the right on a computer. Must have been among the first to create illustrations with this kind of technology!!! It reminds me of Matisse’s cut outs!!!!

I will be featuring some drawings by Steven Keyes in the next Blog about Fashion Illustration…at first glance there does not seem to be very much information about him. Till Next Time!!!! Lulu